There’s nothing worse than having your gums randomly bleed after brushing, after a meal, or in the middle of the day. It’s frightening to look at, and it feels like you’re dealing with a big problem. However, bleeding gums aren’t always a sign of bad things to come. That doesn’t mean that you shouldn’t get your gums checked out at a nearby dentist service in salem or. Bleeding gums can be caused by anything from a too-harsh bout of brushing to a new pregnancy. They can also indicate way more serious issues with your oral health, such as broken teeth or weak gums. If you’re flossing regularly, brushing with care, and trying to stick to a balanced, nutritional diet, you could still be experiencing problems with your gums. So what do you do about it? Don’t worry. When it comes to your gums, there are a lot of things you can do to keep the situation in check. From changing your diet to making sure you have the best oral hygiene possible, here are some things you can do to get a handle on bleeding gums.

Swap Out Your Brush 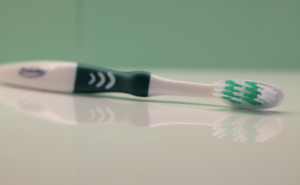 Even if you have the most high-tech battery-powered brush on the market, you could still be doing serious damage to your gums without knowing it. While we have a natural impulse to brush hard and fast using brushes with hard bristles, the best way to go about brushing your teeth is actually to take it slow, moving in gentle, circular motions and spending equal time on every part on your mouth. Pressing down hard or moving in aggressive back-and-forth strokes won’t actually help clean your teeth. Chances are, it will leave you with irritated, bleeding gums. The same goes for flossing. While it’s great to floss at least once a day, always go easy on your gums. Don’t rush through flossing for the sake of getting it over with. Take your time getting into the pockets in between your teeth and actually getting rid of your plague rather than just doing a basic sweep around your gums. Your mouth will be healthier for it, and you won’t have to deal with bleeding gums after brushing.

If you struggle with bleeding gums, the answer could be right in front of you. If your diet is low on iron-rich foods, leafy greens, and protein, your gums could simply be lacking the strength necessary to stay firm after a bout of brushing. If your diet is high in sugar, you could also be contributing to the problem. Sugar creates plaque, which in turn creates weak gums that are likely to bleed with pressure. Even if you floss regularly and make sure not to brush your teeth directly after consuming sweets or acidic foods, you could still be hurting your gums by not flossing well enough or simply by exposing your body to too much sugar. To strengthen your gums and your body, double up on protein and make sure you’re getting enough greens on a daily basis.

Look at Your Meds 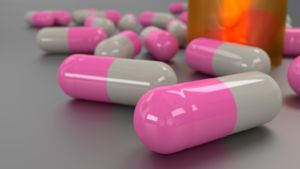 Bleeding gums don’t always point to an obvious health or gum problem. Sometimes, you can experience bleeding due to pregnancy or as a side effect of any new meds you’re taking. Even if you take regular amounts of Advil, you could find yourself more prone to bleeding gums. Advil and other forms of ibuprofen are blood thinners, which means that a basic cut or scrape could have more trouble healing up quickly. This means that if your gums are already sensitive, the slightest pressure could end up causing you to bleed after brushing or flossing. Most meds won’t overly affect your gums, but there’s always the chance that a new anti-depressant or painkiller is creating greater sensitivity in your mouth and gums. If you feel like you’re experiencing side effects that unpleasant or even vaguely irritating, talk to your doctor to see if there’s anything you can do.

Talk to Your Dentist

In terms of gum problems, the best course of action is always to talk directly to your dentist to see what’s going on. Your gums could be bleeding for a ton of different reasons, and if you’re dealing with a sign of a bigger problem, you’ll want to know right away. Avoiding getting the right care can make the problem far worse when it comes to your mouth health. If your gums are in trouble, you’ll want to do what you can to fix the issue right away. Don’t ignore bleeding gums they’re a constant issue.

Starting a practice is not as difficult as you think […]

2022-04-26
Bradley P. Bolden
Leave a Comment on Starting Your Dental Practice? It’s Not As Difficult as You Think

Patients need to know the cost of dental implants before […]

2022-03-29
Bradley P. Bolden
Leave a Comment on Factors That Affect The Cost Of Dental Implants

2021-09-06
Bradley P. Bolden
Leave a Comment on Why Are Orthodontics Important for Children?

No matter how routine a medical procedure may be, it […]